Château Mont Redon "Lirac" 2016. Lirac is straight over the Rhône river from Châteauneuf-du-Pape ["CNDP"] and has much the same geology as CNDP but, and this is the bit I can't explain, it has always had a tendency to make fresher wines and it had therefore staked its reputation to whites and rosés until the late 1990s. This freshness though, coupled to its CNDP-like geology/terroir, make it a cracking purchase in this era of increasing heat and chimes perfectly with Château Mont Redon's house-style that is determinedly elegant and Burgundian. Lirac 2016 has beautifully defined aromatics, definitely reminiscent of Pinot fruit, and a palate of lively, taut, medium-bodied vivacity. It drinks smoothly and has at least a decade of cellaring potential still in front of it. I think that in future CNDP will look to Lirac with jealous eyes but public and professional opinion hasn't yet caught up with the new climate paradigm - it probably has too much to lose! Highly recommended by me. 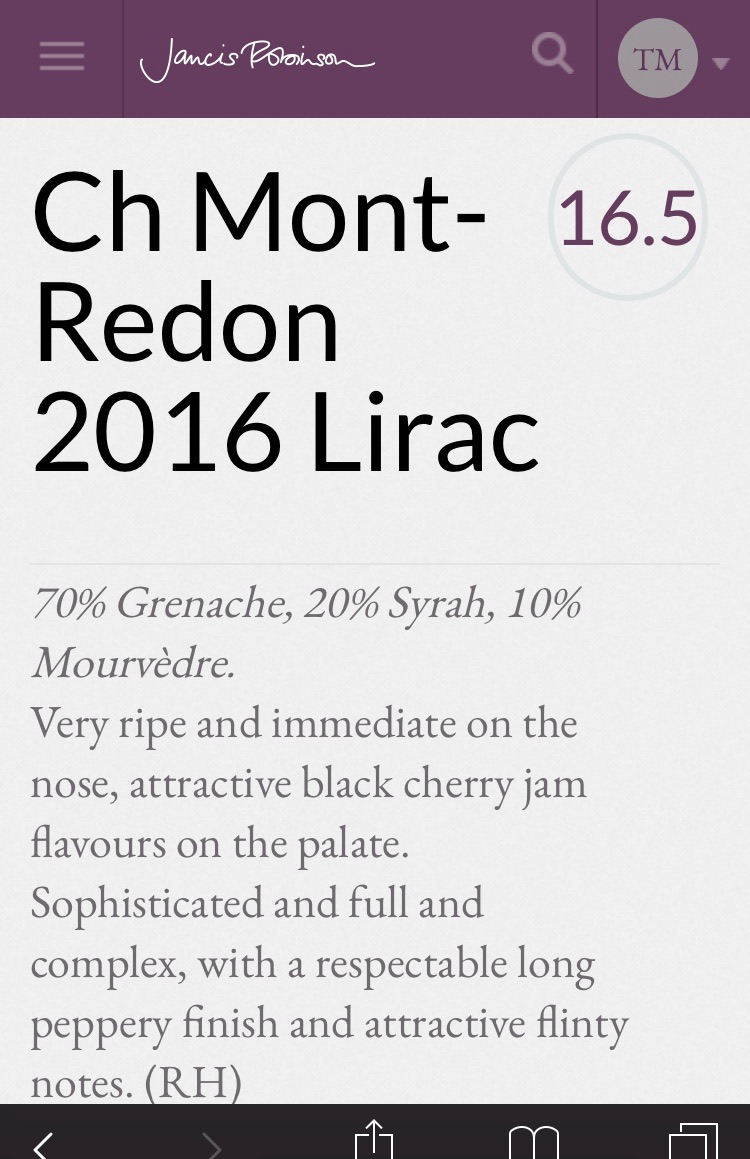 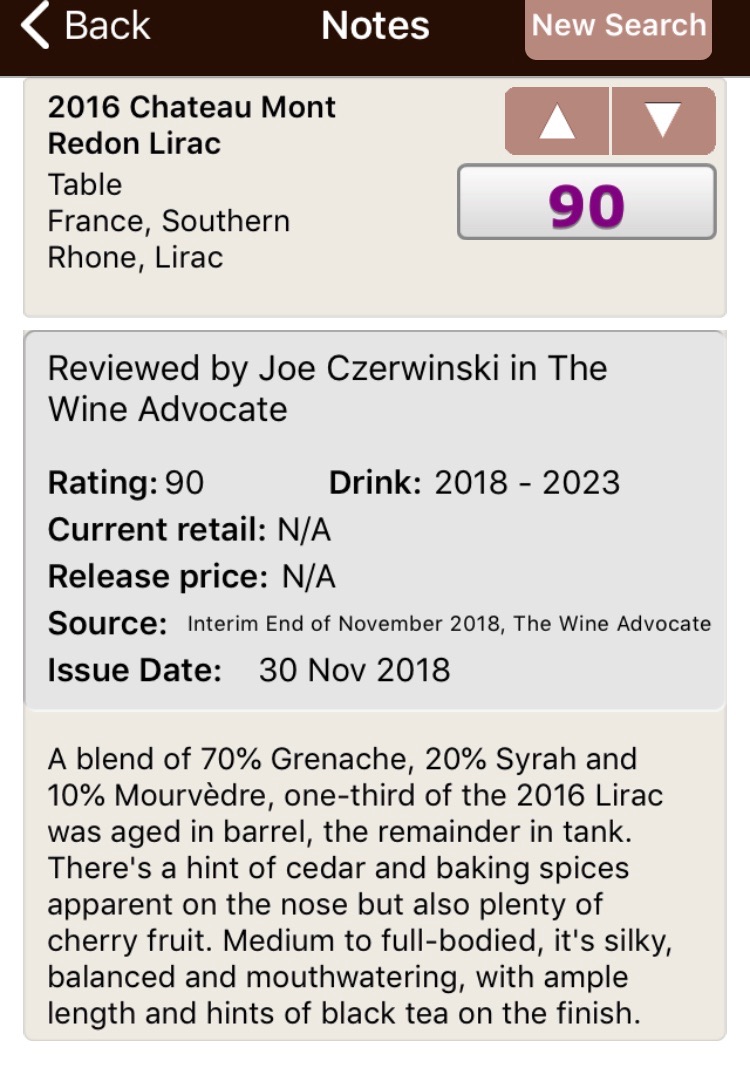